i just want to be happy

and my life is mine

I just want to be happy and because the song from the Swedish feature film As in Heaven - Gabriella's song - is so beautiful.

One of the most beautiful scenes from my favorite film... "AS IN HEAVEN" (OT: Så som ihimmelen, 2004) by Kay Pollak

I just want to be happy quotes

"If you want to be more than happy, you have set a goal, which is yours ideas regulated, unleashing your power and motivating your hopes.” —Andrew Carnegie

"Spread of Love almost everywhere you go. Don't allow anyone to ever include you without better leaving.” - mother Theresa

"Joy lies in the joy of success as well as in the adventure of innovative endeavors." - Franklin D. Roosevelt

"Be polite, whenever possible. It's always doable.” - Dalai Lama

“There is only one joy in this one live, to enjoy and to be liked.” - George Sand

"Joy is when what you believe in, what you say and what you do are in harmony." - Mahatma Gandhi

"Activity may not always bring joy, but there is no joy without action." —William James

"I just want to be more than happy. Do you recognize what I'm saying? I just want to have fun with someone being able to make others happy.” - Franklin D. Roosevelt

“More than happy for this minute. This moment is your life.” – Omar Khayyam

My longing brings me here

Because this is the path I chose

And I guess because I feel it

buy this life belongs to me

What I'm missing and what I got

I balance in my hands

Lerner trust and wants to understand

I saw a piece of heaven

I want to feel that I'm alive

'Cause I never lost my self

But now it has awakened in me

And now it shines in me and laughs

I want live Be happy the way I am

The time here goes by so fast

I want to grow amazed at this world

And I find heaven here

If I believe us, look inside me, I want to say: Yes, I lived!

Check out her channel too! https://www.youtube.com/user/risotto88

Filmed with a Sony Alpha57 with a tripod

As in heaven - I just want to be happy - from Wikipedia

Like in heaven (original title: So that's heaven) is a Swedish one musical film-Drama from the year 2004 by the director Kay Polak to Michael Nyqvist In the main role. As in heaven, drama with music is a corresponding adaptation for the theater by Kay Pollak.

Daniel Daréus is an internationally successful Dirigent from Sweden.

Short flashbacks first show the formative stages of the adolescent: Der Boy grows up without a father in Ljusåker, a village in northern Sweden.

During his school days he is teased and beaten by his classmates. Later, his exceptional musical talent as a violin virtuoso comes to the fore.

At the age of eight he moved to the city with his mother, where he was music agent Mircea takes under his wing.

As a teenager he has to watch his mother die in a car accident just as he is about to take part in an international youth music competition.

Finally - in his mid-forties - Daniel Daréus became a celebrated star conductor. During a concert, Daréus suffers a heart attack; he therefore lays down his work.

Daréus retreats to Ljusåker, the place of his childhood, where he buys the former village school and moves there.

Since Daniel Daréus is only his stage name, nobody in the village recognizes him at first. Daniel dreams of a music that will touch the hearts of the People opens and connects.

He meets the young saleswoman Lena, who works in the local church choir sings. The village sports shop owner, Arne, wants him to be the manager for this one Choir win.

Daniel reluctantly attends one at first Choir rehearsal, but then decides to take on the vacant position of cantor, giving singing lessons to the choir members and getting them excited about music.

The initially small and bad chorus grows. The mentally handicapped Tore is also allowed to participate as he has an original approach to singing.

Two other storylines depict the domestic problems in village life: those of the gifted singer Gabriella and her violent husband Conny, and the pastor couple Stig and Inger.

In the case of the latter, the narrow-mindedness of the pastor is revealed in a conflict-ridden manner.

Daniel experiences intensive hours with the choir, and the team spirit grows through mutual support Provide and problems of individuals that are due to the narrowness of village life and are impressively portrayed in side scenes or individual fates.

The pastor Stig, whose wife also sings in the choir and supports the new cantor, sees his status and authority undermined by Daniel's popularity and dismisses him on the basis of slander before the end of the probationary period by a church council resolution.

However, the choir follows Daniel and continues to rehearse at his house. Daniel and Lena build an increasingly intense Relationship .

However, it becomes apparent that the conductor is having trouble finding a romantic relationship trust and yourself people add personally.

Arne, the group's informal leader, reports the choir to the singing competition Let the Peoples Sing in Austria. Daniel is initially against it, but the others persuade him and he agrees.
A few days before departure, in the middle of the choir rehearsal, Gabriella dives with hers Children .

She has facial injuries and has announced that she will not return to her abusive husband. A short time later he appears and wants to bring his wife back by force, but is prevented from doing so by the group.

He then threatens to take revenge, and when he sees Daniel bathing in the river some time later, he beats him unconscious. He is arrested and ends up in prison.

Daniel reveals to the group who he really is and that he spent his childhood in Ljusåker.

He also meets his former music agent there, to whom he explains that he has now found his dream of connecting people's hearts through music. He realizes that the choir loves him and vice versa. Then he finally makes it, and Lena does his of Love To reveal. The two sleep together in their hotel room.

Euphoric about the events, Daniel later rides his bike through the city and forgets the time. Finally he remembers the competition and rushes to the venue.

On the way to the hall, he suffers another heart attack. He just manages to drag himself into the building's toilet, falls tumbling with his head against the radiator and collapses, injured.

His choir is already on the stage. Since the leader does not appear, Tore is irritated by the resulting commotion and begins to chant his tone audibly and constantly.

With this he evokes questioning faces in the hall until Gabriella also starts singing her note, followed by the others, who now also sing their own note.

The members of the other choirs are so fascinated by this that they gradually all join in.

Daniel is bleeding in the toilet and can still hear over the loudspeaker that the improvisation is reaching and connecting the people in the hall. Finally he stops breathing with a smile on his face. 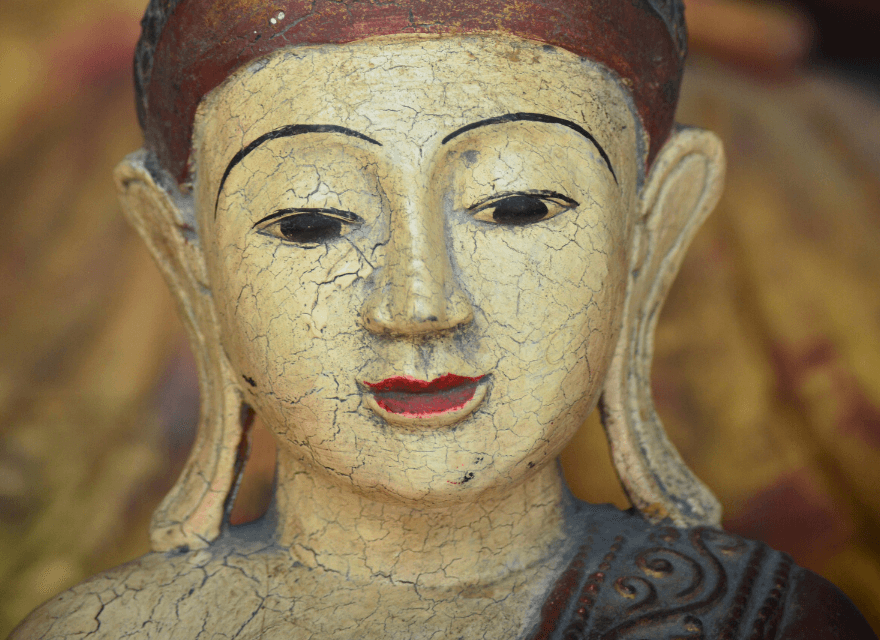 27 Character Sayings to Think About - There are many character sayings - quotes out there. Which do you like best?